As a species, humans have had to face the reality that the planet is markedly suffering. Within the last few years, a more Eco-friendly mindset has increasingly captured people's attention. In fact, since the beginning of the 2010s, going green has even crossed into the funeral industry. People are coming up with cremation alternatives that aim to eradicate or reduce the harmful environmental effects related to after-death care:

So, what is green cremation anyway? Regardless of method, of which there are a few, the overall practice provides the same end result as conventional cremation: a body that has been condensed to a fine dust that can be kept by family or scattered like normal cremains.

To eliminate the toxic emissions and resource consumption caused by traditional cremation, green methods do not use flames to achieve the desired outcome. Among a few environmentally-friendly cremation alternatives is a little something known as resomation.

Also known as aquamation, resomation uses alkaline hydrolysis (or a base and water, for the lay person) to disintegrate the body. This process is meant to mimic natural decomposition, but at an accelerated pace.

Sheathed in a silk casket, the body, along with potassium hydroxide, is put into a pressurized steel chamber and heated to 350°F (177°C). Next, the body is circulated and dissolved over a period of a couple hours, leaving behind bones that will be compressed into "ashes". Also, the chemicals used during resomation become sterile and can safely be disposed of in the sewer system, and the silken casket can be buried normally.

The practice of resomation originated in Scotland, and while it is gaining popularity in Europe, uptake in the West has been slower. Currently, Saskatchewan is the only Canadian province that offers alkaline hydrolysis. The world's very first resomation machine was installed for commercial use in 2011 in St. Petersburg, Florida, and since then, eight other US states have legalized the use of alkaline hydrolysis with several more states considering it.

While resomation has been around for a few years (and is pending a patent), it hasn't quite caught on enough yet to be as mainstream as its time-honored counterparts. Eco-cremation methods such as alkaline hydrolysis disgust some people, but when you get right down to it, are they really any more "disgusting" than the long-established methods of burning, or injecting with chemicals? On the other hand, some folks consider resomation to be a more peaceful alternative to flame cremation.

To learn more, contact a company like Affordable Burial & Cremation with any questions or concerns you have. 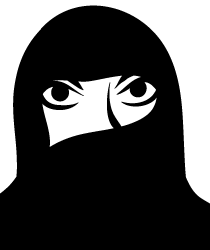